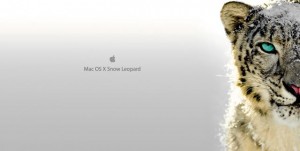 Most Apple computer users don’t have security vulnerabilities high on their list because historically, Mac computers have been relatively secure. Users of the popular OS X 10.6 Snow Leopard version need to start thinking about other alternatives if they expect their online activities to remain safe because Apple seemingly is no longer offering support for Snow Leopard.

According to this report from Computer World, Apple updated it’s last three versions of the OS X software, Mac OS X 10.9 Mavericks, Mac OS X 10.8 Mountain Lion, and Mac OS X 10.7 Lion, on Tuesday, but OS X 10.6 was left out in the cold.

What does this mean for Snow Leopard users?

Since there hasn’t been an update for Snow Leopard since September 2013, it would be safe to say that OS X 10.6 users need to consider updating their version of the OS. Before you begin updating, you have to ensure that your Mac computer running Snow Leopard has hardware that is compatible with OS X Mavericks. You can find Mavericks’ system requirements here. Happy updating!