Yesterday, Apple announced two additions to its tablet family – the new 4th Generation iPad and the iPad mini.  Most consumers were on the edges of their seats waiting for the mini to be announced because this would give those with lower price points an opportunity to get on the iPad wave without having to shell out at least $500 for the coveted devices.   The price was speculated to be between $200 and $329, and in the fashion of Apple’s pricing, the tablet came in at $329 for the 16GB Wi-fi only version.  There were leagues of fans that were disappointed with the price because the mini was supposed to compete with the likes of the Kindle Fire HD and the Nexus 7 which are both priced at $199 respectively. 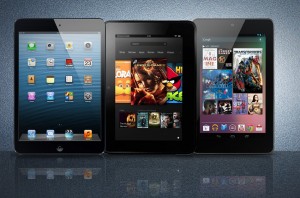 If you’re not sure whether you want to pay the extra money for the iPad mini or are just undecided on which of the “little” tablets you want to purchase, here’s a breakdown of the features for each.  You be the judge.  After all, it’s your money! 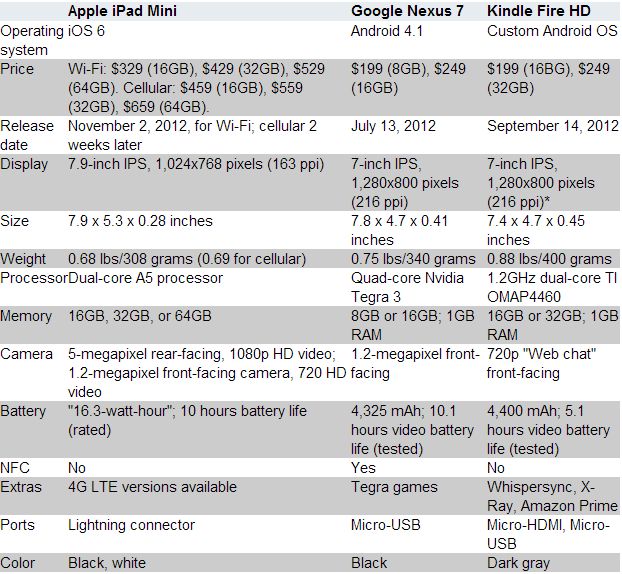